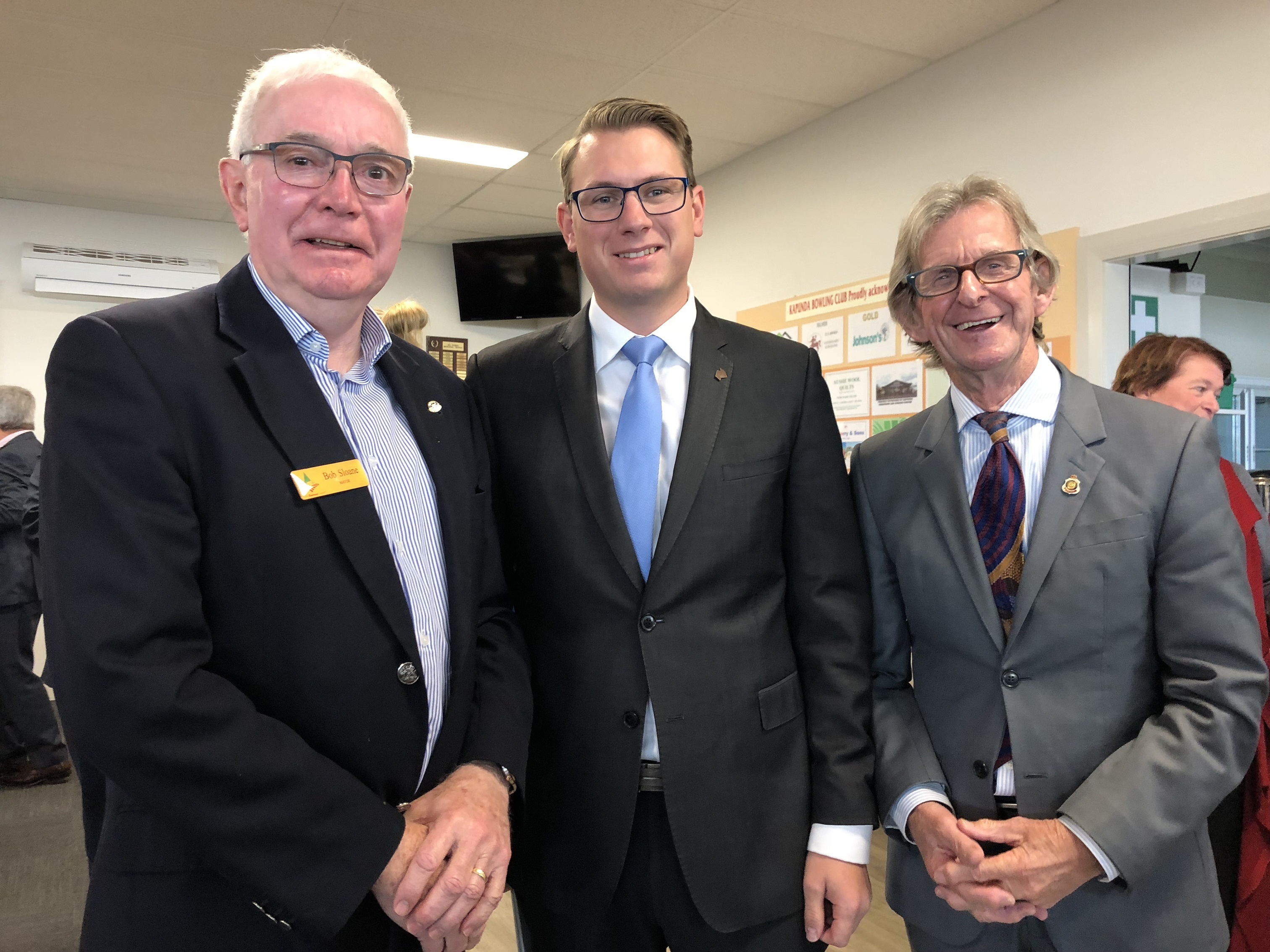 Council rate capping and changes to the South Australian planning code were hot on the agenda when Member for Schubert Stephan Knoll – also the Minister for Transport, Infrastructure and Local Government and Minister for Planning – addressed the Legatus Group last Friday.

“It’s a mammoth task for a new government to be able to reshape the way country SA operates and there’s a lot on the agenda,” Mr Knoll said.

“There is a lot of work to do and we’re stepping through that in quite a methodical way.”

Rate capping was first cab off the rank.

“We believe it creates an impetus for what comes next,” he said.

“We have put together the first bones of the draft legislation and I expect to have a draft in the next couple of weeks.”

Once this had gone to Cabinet, Mr Knoll would be seeking feedback from the state’s councils.

Mr Knoll said the state government had given a 100-day commitment to introduce legislation to parliament, consulting with councils both before and after it had been tabled.

The most popular question Mr Knoll had received was the proposed capping method.

He said there were two different ways this could be done: to cap the total revenue (of councils), or to cap the rate in the dollar.

“We are looking at a rate in the dollar cap rather than a total revenue cap,” he said.

“It does mean we are looking at a gentler cap because we’re very clear that we don’t want to retard economic growth in any way.”

The government felt keeping growth on local government’s “side of the aisle” would incentivise and encourage growth within council areas rather than discourage it.

“We’re very keen for that to happen and to give that flexibility to council, especially those higher growth ones,” Mr Knoll said.

“I know that Light Regional has a quite significant program, as does Barossa in that sense.

“We’ve also taken a pretty significant haircut on our side, in relation to payroll tax, the emergency services levy and land tax, so I think our credentials for wanting to cap our own revenues is pretty.

“We are putting ourselves under the same sort of pressure as what we expect councils to do.”

The state government was currently about halfway through the planning reform process.

“I’ll give a bit of credit to the former government in relation to their reforms, broadly I think the legislation was fairly bipartisan,” Mr Knoll said.

“The whole idea behind this new system is to get approvals turned around quicker.

“As a government that wants to promote economic growth this is again one of those ways that we can actually help the private sector to invest better and more quickly.

“I signed off this week on the start of the process for designing and building the Planning and Design Code, and that information is up (online) now."

From now until February, the department would work to design the draft Planning and Design Code which would replace the 72 development plans which currently existed across the state.

“We will then have from February 2019 until June 2020 to finalise that, because from July 1, whatever is there turns on.

“From there, we work on this new system about how we actually approach DPAs.”

“The whole idea is that the more compliant developments we can deal with more quickly, and there is a more flexible approach to dealing with difficult non-complying developments, so that we don’t just say no to good projects because they don’t tick a box,” he said.

Mr Knoll spoke to the 15-member regional council subsidiary at its board meeting hosted by Light Regional Council at Kapunda Bowling Club.

Also in attendance were Member for Stuart and Minister for Energy and Mining Dan van Holst Pellekaan, Member for Narungga Fraser Ellis, as well as Member for Frome Geoff Brock and Member for Taylor Jon Gee.