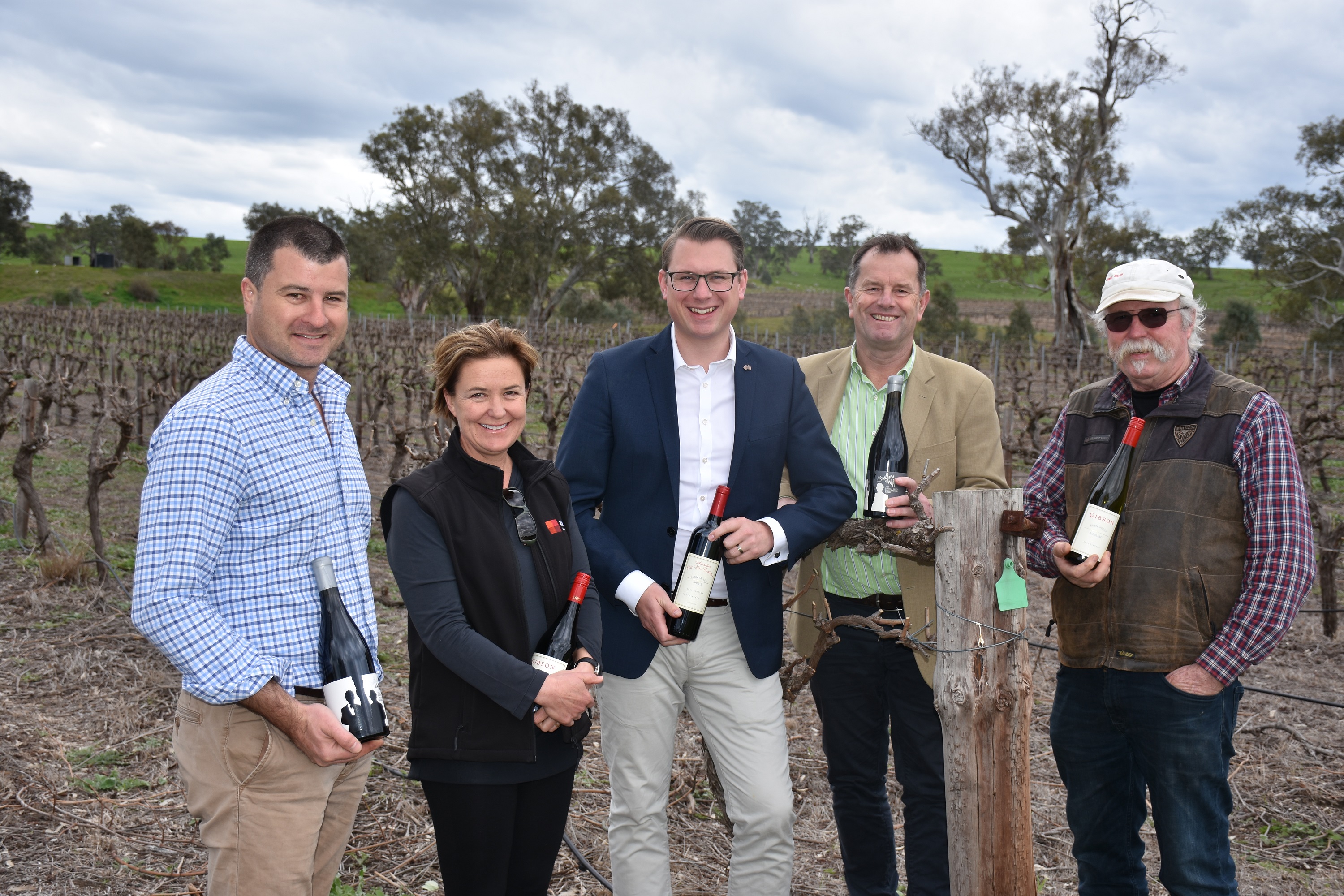 A State Government proposal to shore up water supply to the Barossa will support sustainable agricultural production across the region.

The Marshall Liberal Government is pushing ahead with plans to deliver additional water to the Barossa and Eden Valleys, with initial long-term estimates indicating $292 million for the state’s economy and 1000 jobs could be generated.

The proposed infrastructure aims to deliver reclaimed water from the Bolivar Wastewater Treatment Plant via existing and new infrastructure, to deliver long-term water security to the region.

The State Government has committed $800,000 to prepare for the expansion of irrigation infrastructure with private sector investment, that includes engaging producers across the region and ensuring economic benefits are maximised.

Minister for Primary Industries and Regional Development Tim Whetstone said this was a breakthrough opportunity to deliver new water infrastructure to the Barossa.

“The State Government’s Growth Agenda is committed to ensuring we stay focused on what matters to business, to build confidence and further investment, and address barriers to growth,” said Minister Whetstone.

“A key constraint to agricultural productivity and growth is the lack of secure and climate independent water, and new water infrastructure will support primary industries in the Barossa and surrounding areas to meet increasing market demand.”

Member for Schubert Stephan Knoll said he was excited to be able to deliver this opportunity for his community, which had been calling for a plan for long-term water security.

“Water security is key to ensuring the future growth and productivity of not only our region, but the state,” he said.

“Last year, I was approached by a number of local stakeholders investigating individual projects to shore up water supply, particularly to Eden Valley.

“The Barossa Grape & Wine Association (BGWA) was a key participant in progressing these discussions and providing crucial grassroots evidence, and we have been working closely to arrive at this pathway.

“South Australia, and the Barossa’s, wine industry is internationally renowned and this project will be fundamental to promoting long-term sustainability and maintaining the Barossa brand as a great wine producing region.

“A potential infrastructure build of this size is expected to attract significant investor interest.

“Given the expected level of investment needed, and the associated economic benefit locally and to the state, we will be taking a commercial approach to market.”

BGWA chief executive James March said the majority of the past 20 vintages had seen significantly lower winter and spring rainfall than the long-term average.

“Currently Barossa delivers 25 per cent of the value of the South Australian wine grape crush, even though we’re only 9pc of the volume,” he said.

“As well as reducing Barossa’s primary reliance on the River Murray, supplementing winter and spring rainfall with fit for purpose reclaimed water from the Bolivar Wastewater Treatment Plant will enable the region’s wine grape growers to deliver a more consistent, high quality yield from year to year in a sustainable manner.

“This is hugely important as it enables a consistent supply of wine to Barossa’s global markets in North Asia and North America particularly.

“It will also help Barossa’s generational grape growing and winemaking families, who are a huge part of our success – and our story – to be more sustainable for many more generations to come.”

The process will be led by Primary Industries and Regions SA (PIRSA), with further details to be released in due course.